Immediate action is needed but there is still hope, says leading climate scientist

Since pre-industrial times, we have already seen a degree of warming, said Fowler, but the magnitude in which this temperature change is progressing has sky-rocketed since the Industrial Revolution in the 18th and early 19th centuries.

Currently, the global temperature increase will reach 1.5⁰C between 2030 and 2052. ‘Of course, the warming is not equal across the globe,’ with those already most vulnerable likely to be  affected by the negative impact of climate change, said Fowler.

A surprising fact noted was that air pollution has slowed down global warming, and that we would have reached 1.5⁰C by now if it were not for it. ‘One of the ironies of cleaning up our cities, is that we will see more warming as a result,’ she said. 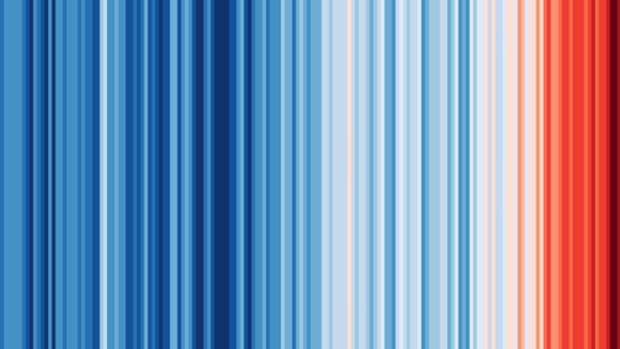 Some of the extreme weather impacts that have occurred because of climate change include the 2018 Japan heatwave, which killed 138 people and saw the highest ever temperature recorded in Japan hitting 41.1⁰C, the flash floods since in Mexico in June of this year, and a drought in Rhine, Germany, that was so severe that the river was no longer navigable by boats.

These impacts are often ‘dramatic’ in nature, explained Fowler, with recorded weather anomalies growing increasingly. These events will become more severe in nature and last longer as the global temperature rises.

‘We are seeing a lot of these record-breaking events and that doesn’t happen by chance,’ said Fowler. ‘To get [these] events year after year after year, means we are no longer living in a stationary climate.’

India suffers severely from air pollution, driven by developing energy-intensive industries and a lack of public awareness of the negative effects of climate change. Image: Shutterstock

Climate change scientists agree that if the global average temperature is to go above 2⁰C of pre-industrial levels, there will be a tipping point in the climate system where the Earth could reach dangerous thresholds of, for example, methane release.

This theory drove the temperature cap featured in the 2015 Paris Agreement, which was scrutinised in a 2018 report by the Intergovernmental Panel on Climate Change that looked at the potential impacts of an increase of 1.5⁰C and 2⁰C.

Due to the direct link found between carbon emissions and global temperature, we are now able to determine what changes we need to make to keep the increase below 2⁰C, said Fowler. 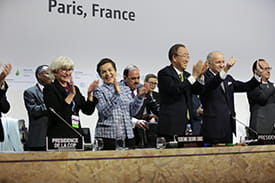 Officials celebrate the adoption of the Paris Agreement. Image: UNclimatechange/Flickr

‘Until last year, we had seen a plateauing in CO2 emissions over the previous four years. But last year we saw an increase in 2.7% globally,’ she noted. ‘Although we thought that we were reaching some sort of equilibrium point of emissions, we are starting to see an increase again.’

While ambitious, the Paris Agreement targets are voluntary and Fowler explained that even if the signatories kept to their promises, the Earth is still likely to reach 3⁰C by the end of the century.

‘What can we do?’ asked Fowler, highlighting the need for the world to adapt to the changes – carbon emissions remain in the atmosphere and we will be seeing the effects for the next 100 years – and mitigate by reducing the amount of carbon we emit – either through carbon capture or by using cleaner energy alternatives.

The UK has identified six priority areas, with most focused around water, with areas in the Northern hemisphere more likely to receive extreme rainfall. 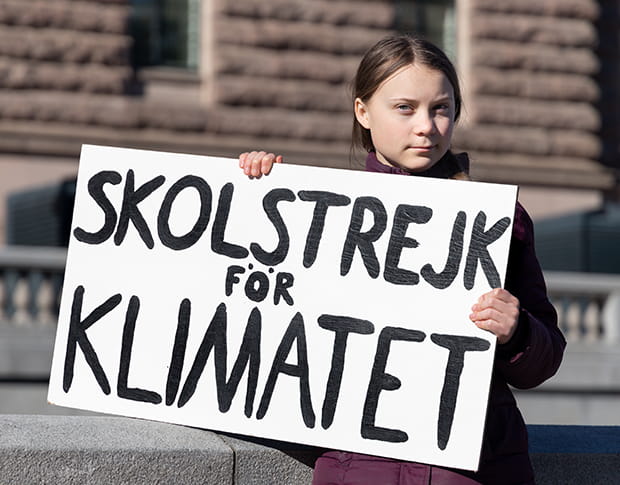 But there is optimism, said Fowler, with several countries, including the UK,  moving to commit to net zero targets into legislation and the ‘movement’ of the people – from the Extinction Rebellion to schoolgirl Greta Thunberg, who protested outside Swedish Parliament every Friday about the need for immediate action on climate change and influence the ‘school strike for the climate’ where an estimated 1.4 m students in 112 countries protested against the issue.

‘Even with weak global climate policies, we could produce 70% of power from non-fossil fuels by 2050,’ with ‘money power’, ‘people power’, and will driving the change we need to see, Fowler said.