Public Evening Lecture: how intensive agriculture and biodiversity can co-exist

Intensive agriculture and biodiversity are often seen as mutually exclusive – but they don’t have to be, according to Dr Alastair Leake.

Dr Leake, who has run the Allerton Project in Leicestershire since 1992, gave an insightful public evening lecture at SCI’s London headquarters on Wednesday 28 March 2018, describing how the farm has achieved the seemingly unachievable – increasing crop yield and biodiversity at the same time.

In the past 50 years, the UK’s land available per head of population has dropped from 0.8 to 0.2 hectares. With the global population growing at a rate of 210,000 people per day, and 60% of the population living in cities, the pressure on farmers to increase their yield is ever increasing.

Intensive agriculture is characterised chiefly by the use of nitrogen fertilisers, shortened crop rotation periods, greater specialisation, and increased use of pesticides and mechanisation.

The monocultures of single-crop farms can create hostile environments for birds, with high-seed-bearing crops replaced by high-yield cereals, pesticides and nitrogen fertilisers lowering the insect count on which birds can feed, and increasingly efficient harvesting methods meaning that less grain is left behind. While these practices have increased yield over several decades, it has come at the expense of biodiversity. 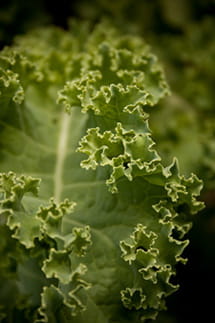 As in any business, profitability is a farmer’s first concern. The lowest yielding part of a field is around the edges – Dr Leake demonstrated how yield directly correlates with the position of a crop in the field, with the final five-metre margin subject to the turning of heavy machinery, and often shaded by bushes or fences.

‘That margin is costing the farmer more money to grow a crop in it than they’re going to get back. Depending on the price of the grain – and this would be the case for probably nine out of the last ten years – the last five metres is probably not worth cropping,’ he explained.

The Allerton Project team experimented by planting different seed-bearing crops in these low-value margins, in order to encourage birds to feed at the perimeter of the farm. They found quinoa and kale to be particularly effective, and treated these as they would a normal crop – using nitrogen fertiliser created a 10-fold increase in seed production, which in turn resulted in a marked increase in the numbers of farm birds.

Neonicotinoid seed dressings are also used for the kale, protecting the plant from pests for the first six weeks of its life – long before its second year, when it first flowers. This, Dr Leake said, ensures that the neonicotinoid cannot affect bees when they come to pollinate, given the length of time and dilution since application of the seed dressing. 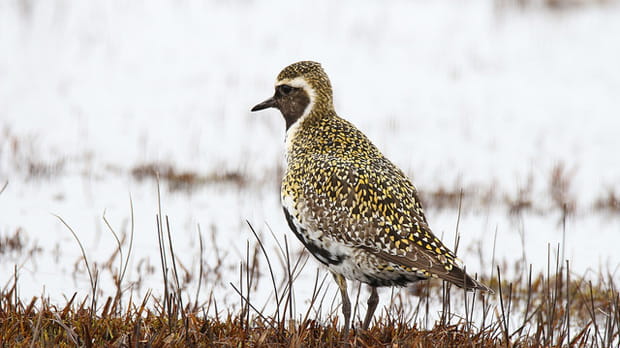 By January, however, they found the seed had been all but depleted by the feeding birds, leading to a sharp drop-off in birds visiting. ‘They’ve gone to find seed elsewhere, but I don’t know where that seed is, and they don’t know where it is either, and as a result they’re dying,’ Dr Leake said. So, by supplementing the marginal crops with seed feeders, the farm was able to maintain farmland bird populations over the winter months, where bird populations had been consistently falling.

Insects, too, are essential to maintaining bird populations – Dr Leake gave the example of the grey partridge, which survives its first week on a diet of 95% insects, and 80% in the second week. Through the use of beetle banks – dense strips of bushes that are not treated with insecticides – and conservation headlands, the farm was able to further increase biodiversity, increasing insect numbers while also controlling aphids and reducing soil erosion. Field mice nesting in the banks also provide prey for raptors, with bees nesting in the holes left behind by the mice, and then pollinating seed mixtures in the marginal crops. ‘All of a sudden, we've created in a very small amount of land a really thriving ecosystem,’ Dr Leake said. 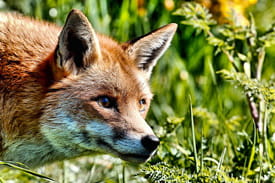 Predation is another threat to biodiversity on farms.
Credit: Airwolfhound/Flickr

The final challenge to biodiversity lies in predation, with increasing numbers of magpies, crows, and foxes over the past 10 years reducing the numbers of birds such as lapwing, golden plover, and song thrush, as well as mammals such as the brown hare. Legal management of predators has seen these species’ numbers increase on the farm.

Each of the interventions were isolated over extended periods to examine their effect on biodiversity – over four years without predator control, songbird numbers dropped, while withdrawing supplementary winter feeding of birds saw a significant reduction in their number over three years.

However, with the three-pronged interventionist approach of improving habitat, supplementing winter feeding, and controlling predators, the Allerton Project has far exceeded the national average of songbird abundance on farms, while its wheat yield has not only matched but risen above the UK’s average wheat yield.

Finally, Dr Leake touched on the topic of soil compaction from years of heavy machinery use and intensive soil cultivation, which is a pressing issue for agriculture in the UK. The Allerton Project has confronted this chiefly by replacing ploughing with non-inversion tillage and direct drilling processes.

‘It's amazing walking across that field now – it has been eight years since we ploughed it and after a heavy storm of rain, within two hours you walk across there without it sticking to your boots – and that, let me tell you, for a clay soil is quite exceptional. And the reason for it is you've got masses of earthworm tubes because you’re not ploughing them out every year. 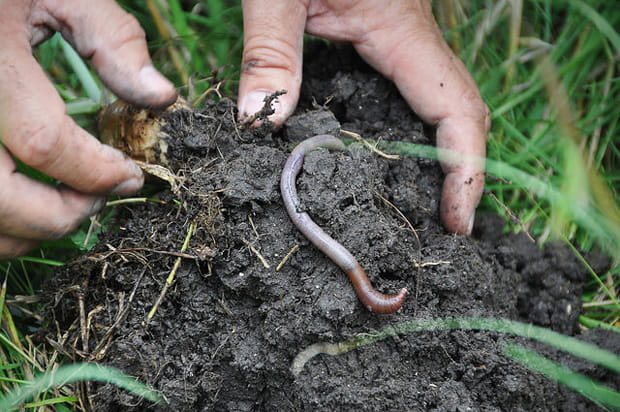 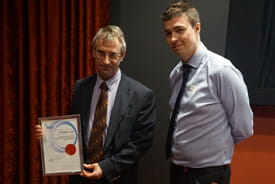 Dr Leake was presented with his lecture certificate by Robin Blake.

The Allerton Project demonstrates how, through innovation, increased crop yield needn’t come at the expense of biodiversity.