The Lampitt Medal provides a means by which SCI can honour Members who have taken Leslie Lampitt's example and offered their own extraordinary gifts of time, leadership, vision and enthusiasm. Only those who have contributed to a variety of aspects of the Society are eligible to receive this award. 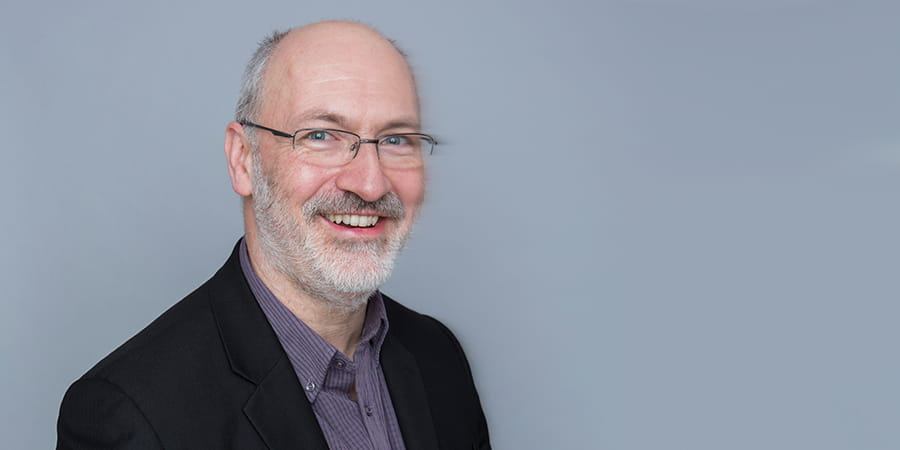 Dr David Witty has been a highly valued and active member of SCI since the 1990s. A Member of the Fine Chemicals Group since 1999, serving on its committee since 2003, David has more recently served as the first Chair of SCI's Membership Sub-Committee and is the first and current Chair of the Publications Committee. David will be awarded with the Lampitt Medal at SCI's 141st Annual General Meeting on 6 July 2022.

What made you become a member of SCI?
I initially joined SCI to attend scientific meetings relevant to my areas of research interest – in particular, synthetic and medicinal chemistry.

Why did you decide to get involved in SCI activities?
I attended an SCI one-day meeting and afterwards the chair of the meeting, Chris Jones, invited me to meet the speakers and enquired if I would be interested in helping to organise future events. I then looked for a chance to formally represent GSK – the company I was working for at the time – on the Fine Chemicals Group and received support from the company to become involved.

What has driven your long-term involvement with SCI?
I enjoyed the experience of creating events and meeting colleagues from across the industry. The feedback I received gave me the knowledge that I was making a difference.

How has your involvement with the Society reflected (or combined with) your professional interests?
At the time I became an active member of SCI, the pharmaceutical industry was starting to change significantly with a reduction in internal research and move to greater outsourcing, and it was not clear what options for career advancement would be possible.  Being part of SCI gave me access to a wide spectrum of experience from peers and emerging leaders in other companies that influenced my decisions.

Has your professional career been shaped or influenced in any way by your involvement with SCI?
In 2010 I helped spin out a new company and the contacts I had available through SCI proved vital for getting started in many ways, both scientific and commercial. I had also become a journal editor and again SCI colleagues frequently proved pivotal in helping me to commission reviews or find contacts in subject areas.

What makes you excited to continue to participate in SCI activities?
Beside all the scientific interactions it is the people – the colleagues in many different parts of SCI – both fellow volunteers and staff – that make working to improve the way SCI delivers for its members so rewarding, and I have had the privilege of doing this in numerous different roles over the past 20 years.

How do you think that your contribution has helped shaped SCI?
I would like to think that on the one hand, I have helped to ensure that groups such as FCG create contacts with emerging research sectors and companies, and on the other that research and development industries have been appropriately represented in defining the future SCI strategy for delivering value to members.

What would you like to see SCI become in the future? Where are our biggest opportunities?
My principal role in the organisation is now as chair of the Publications Committee. The effective development of the publications strategy is going to be key to ensuring the financial stability of SCI, reaching a new audience in both academia and industry, and delivering on what must be the most important theme of our time – a sustainable, environmentally-compatible economy.

How do you feel about being recognised as a Lampitt Medallist?
This is a great honour which I’m humbled to receive, especially when I consider those illustrious members who have received this before me. It inspires me to try to live up to the award and continue to deliver for our membership.

What inspires and motivates you?
Scientifically I’m inspired by the challenge of solving of problems, be they in research or development, but it is the people I work with that motivate me to keep going, even when the difficulties are great.

What advice would you give to someone looking to get more involved with SCI?
Just do it – you won’t regret it!