Microplastics – plastic particles of less than 5mm diameter – are an issue of growing concern because they persist in the environment and can enter the aquatic food chain. This has made them a hot topic for research, an issue of mounting public interest, and the subject of a forthcoming workshop organised by the Royal Society of Chemistry, which is being supported by SCI’s Environment, Health and Safety Group.

Microplastics are generated during the breakdown of plastics and originate from a range of sources. The process occurs especially after plastic litter enters the environment from coastal pollution or via storm sewers. Microplastics are also added to consumer products, including the microbeads used in cosmetic products such as facial scrubs and toothpaste.

Recent studies have also demonstrated microfibres are produced in significant quantities through abrasion during the washing of synthetic clothes, particularly from acrylic fabrics. According to research published by Professor Richard Thompson and his team at Plymouth University, more than 700,000 microscopic fibres could be released into waste water during each use of a domestic washing machine, with many of them likely to pass through sewage treatment and into the environment.

Scientists are investigating the size, source and potential solutions to the problem. But while microplastics have been widely studied in marine ecosystems, much less attention has been given to their presence in freshwaters, despite the likelihood of them entering and accumulating within rivers. 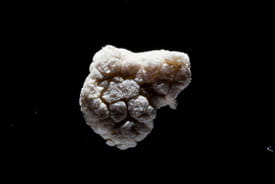 Last year, scientists from the Centre for Ecology and Hydrology, Wallingford undertook the first investigation of microplastics within rivers in the UK. The study found high numbers of microplastic particles at all studied sites within tributaries of the River Thames. These included ‘clean’ rural sites that have a very low surrounding population.

The results quantified the extent of plastic pollution within the Thames catchment, with hundreds of microplastic particles per kg sediment even at the least polluted sites. A similar study was published this year by the Environment and Health Faculty of Science at Vrije Universiteit, Amsterdam, demonstrating plastic pollution is found at significant concentrations in major Dutch rivers, treated wastewater effluents, Amsterdam canals, several coastal marine species, and in estuarine and marine sediments off the Dutch coast.

Waste water treatment offers one route to prevention, but current waste treatment plants have not been designed to remove microplastics released into aquatic systems. A recent report prepared for the European Commission concluded that the amount of microplastic particles captured by wastewater treatment sludge can range between 65% and 100%, with sewage effluent leaving many plants still containing fibres and microbeads, which end up in rivers, lakes, estuaries, and ultimately, oceans. Microplastics trapped in sludge can also be introduced into the environment, particularly when it is applied to agricultural land as a valuable soil improver.

A UK government select committee investigation in 2015 found that British water companies ‘currently have no specifically designed sewage treatment processes to capture very small particles’. According to evidence presented at the enquiry, there is no agreed methodology for taking plastic pollution measurements. Both South West Water and Yorkshire Water have said that their treatment systems are not set up to measure and remove microplastics, nor are they currently required by any regulations to do so. 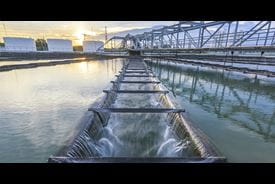 United Kingdom Water Industry Research ( UKWIR) is currently undertaking an assessment of the implications for future wastewater treatment capability on behalf of UK water companies. The UKWIR investigation aims to quantify the water industry’s contribution of microplastics to the environment in the context of ecotoxicology studies, to assist in the development of a strategic response. The findings are to be included in the Utilities’ Periodic Review 2019 business plans for 2020–25 as part of the Environment Agency's Water Industry National Environment Programme.

A recent ad-hoc investigation by Orb Media suggests plastic particles or fibres are also common in drinking water in some parts of the world. Of the 159 samples submitted by volunteers in various countries, 83% were found to contain plastic particles. Almost all of these were fibres between 0.1–5mm in length. Occurrence in tap water is certainly a possibility given the ubiquity of plastic and routes into the environment.

Many plastic microparticles are less dense than water and, because they float, are unlikely to be removed by sedimentation, while some fragments may be small enough to pass through filters. However, the potential health effects of plastic nanoparticles are unknown.

These studies highlight the need for further research to determine the extent to which microplastics are polluting and harming land-based ecosystems, and to assess potential risks to human health. There is also the opportunity to learn from a mounting body of marine research.

The RSC Workshop ‘Microplastic Pollution: Everyone's problem, but what can be done about it?’ will address these issues in London on 16 October. DEFRA and EA will set out key policy questions, while expert speakers from marine and freshwater backgrounds will review the evidence and identify knowledge gaps. There will also be a presentation by Dr Matt Hill, lead on the UKWIR study. Analytical techniques and the need for standardised methods will also be covered. A workshop session discussing research priorities and future policy needs will follow the presentations.