How can GM help deliver enhanced crops for nutrition?

At the second Public Evening Lecture of 2019, Professor Johnathan Napier from Rothamsted Research spoke about how his research group are manufacturing fish oils from genetically modified (GM) crops.
Georgina Hines

One in 11 people will have Type II diabetes at some point in their lives – a condition whereby a patient has an unhealthy, high blood sugar level often linked to obesity. The proportion of the world’s Western population with diabetes is increasing rapidly and the number of diseases associated with overconsumption are on the rise.

Moderate consumption of omega-3 long-chain polyunsaturated fatty acids can help amend this problem. These fatty acids, such as EPA and DHA, have long been linked to health benefits, such as aiding cognitive function and digestion, and maintaining a healthy immune system.

Omega-3 is commonly found in fish and other types of seafood, and therefore the inclusion of fish in your diet is encouraged by medical professionals. 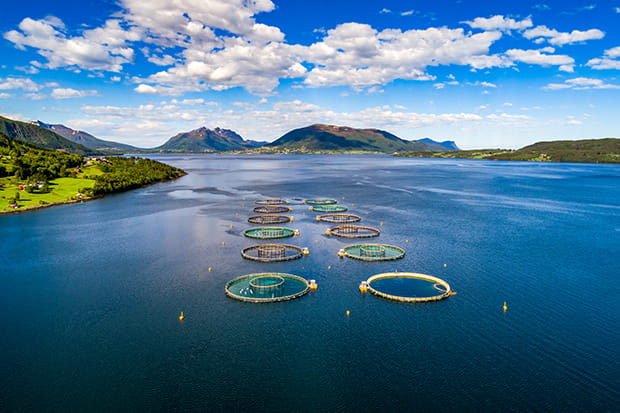 However, as Professor Napier explains, the global human population is growing faster than its fish population, with global fisheries production reaching an all-time high of 90.9m tonnes in 2016.

And while the aquaculture industry is the fastest growing animal food sector, any fish grown this way must be fed omega-3s as the microalgae needed to produce omga-3s is not naturally occurring in aquaculture environments.

Feeding fish omega-3s has proved unsustainable over recent years. We see this in the nutritional value of fish being produced, with farmed salmon having less than half the levels of omega-3 fish oils than they did 10 years ago.

Professor Napier highlights another way that we can manufacture fish oils ­– agriculture. As a scalable means of production, agriculture could solve some of the ongoing issues with overfishing and aquaculture. 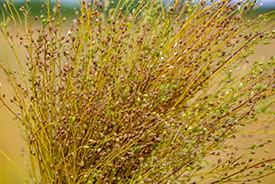 His research group at Rothamsted Research, in ‘the UK’s only continuous GM field trials’, have managed to replicate fish oil in Camelina sativa (left) – a flowering oilseed crop. The GM Camelina lines grow similarly to its wild type and can therefore can be grown using large-scale farming.

Professor Napier showcased results that showed that his group has managed to produce GM crops that contain DHA genes within a couple of percentage points to naturally occurring DHA. As the genetic make-up of DHA varies amongst fish species and their location in the world, we can consider Professor Napier’s replication of DHA a success.

With the global population set to hit 10bn by 2050, producing omega-3s using GM crops may be a one of the solutions needed to provide more people with a healthy, balanced diet.

The next challenge, he says, will be translating this basic research into something that the public will understand and hopefully, in time, support. GM remains a controversial topic, with the EU even ruling that gene-edited plants and animals are GM food that can no longer be produced my its member states in 2018.

Professor Napier is passionate on the issue and is encouraging researchers and industry to be more transparent about GM in order to encourage engagement on the issue. Due to security risks and regulation, Professor Napier’s GM field trials are currently separated from the rest of Rothamsted’s site.

‘It gives the impression that what we are doing is dangerous,’ which is not the case, he says. ‘We’re trying to do something that will ultimately benefit society.’